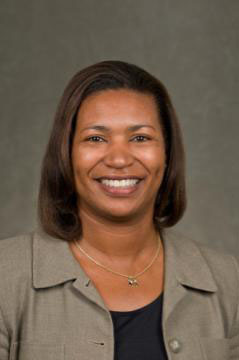 She is the Chair of Pediatrics and Chief of Graduate Medical Education at Alameda Health System. Prior to her role at AHS, Simms-Mackey was the director of Graduate Medical Education and Pediatric Residency Program at UCSF Benioff Children’s Hospital Oakland. She also holds an appointment as a clinical professor of Pediatrics with University of California, San Francisco’s School of Medicine, educating medical students as well as pediatric residents.

Previously, Simms-Mackey was the director and a physician facilitator for the Multicultural Curriculum Program at UCSF Benioff Children’s Hospital Oakland. She has also worked on research projects at UCSF Benioff Children’s Hospital Oakland, Children’s Hospital of Los Angeles and Stanford Medical Center, and collaborated on a project with UCLA. She was a Commissioner for First 5 Alameda County from 2004-2018 and chair of that Commission from 2007-2017, which works with approximately 80 partners throughout the county to provide continuous prevention and early intervention to promote optimal health and development and narrow disparities for children from ages 0 to 5 and their families.  She was also a columnist for Family Digest Baby from 1999 to 2000.

She was honored as one the recipients of the 2013 Women of the Year Award from Nancy Skinner’s Assembly district office. Since 2010, she has annually been voted as one of the Bay Area’s best doctors and was the featured physician for the 2011 edition of Oakland Magazine. Simms-Mackey is also the recipient of the Stanley M. Higashino, MD Award for Clinical Excellence from UCSF Benioff Children’s Hospital Oakland Pediatric Residency Program and the Charles R. Drew MD Award for Clinical Excellence from the UCLA Charles R. Drew Medical Education Program.

Simms-Mackey received her bachelor’s degree in human biology from Stanford University, her doctorate in medicine from the UCLA/Drew Medical Education Program and is an alumna of the California Health Care Foundation Health Care Executive Leadership Program.