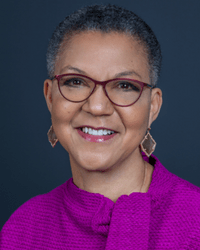 Lauren Y. Casteel is the first person in Colorado to lead three foundations and possesses more than 20 years of philanthropic leadership as well as a career-long dedication to inclusiveness. Lauren is an experienced and recognized advocate for women, children, youth, and families in Colorado.

Throughout her career, Lauren has earned numerous accolades. Most recently, she received the Anti Defamation League Mountain States Region's 2018 Civil Rights Award; she received the 2016 Monte Pascoe Civic Leadership Award, presented annually by Denver’s Mayor to a member of the community; she was named one of the 25 Most Powerful Women in 2015 by the Colorado Women’s Chamber of Commerce; and in 2014, she was inducted into the Colorado Women’s Hall of Fame.