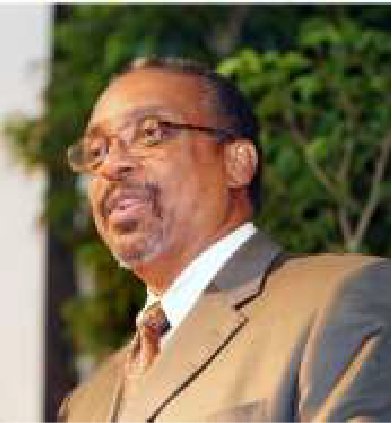 Reach to the Diaspora

The racially charged impact of COVID-19 extends beyond U.S. borders. Black communities in the U.S. territories have been left out of many relief efforts and African immigrants are being targeted.
View Details

Dr. Nelson I. Colón is the President and CEO of the Puerto Rico Community Foundation since 2000. Under his leadership, the Foundation has initiated the following programs: the Middle Schools Renewal Initiative; the Community Housing Development Organizations Program; the Institute for the Development of Philanthropy, the Economic Development Consortium, and Educational Transformation 2014. Dr. Colon has served as an international consultant on five different continents. He was the leader and spokesperson of the Multi-sector Movement for a World Class Education in Puerto Rico. After Hurricane María, the Puerto Rico Community Foundation led the charge in creating equitable access to energy through solar communities in PR. Likewise, the Foundation took a leadership role in promoting equitable access to water by strengthening the community aqueduct infra structure in rural communities.

‍
Dr. Colón’s past accomplishments include: leading the first international meeting of community foundations in Bellagio, Italy, in 1995 and first International Community Philanthropy Conference in 1997 in San Juan, Puerto Rico. He directed and founded the Caribbean Project for Peace and Justice of the American Friends Service Committee. Also he directed the Hispanic Office of Planning and Evaluation in Boston. His writings have been published in international magazines, at Harvard’s University “La Revista”, and local newspapers. In 2019, he was the lead investigator for “Tejiendo Redes” (Weaving Networks), a portrait of a successful school in a low income highly criminalized neighborhood in Puerto Rico.

‍
Colón was named Emeritus Chair of Hispanics in Philanthropy in 2018. He serves on the following board of directors: the Northeast and Island Regional Education Laboratory; Community Foundation Leads; the Foundation for a Better Country; and Philanthropy Puerto Rico. In 2015, the Supreme Court of Puerto Rico designated Dr. Colón as member of the Access to Justice Advisory Committee. Dr. Colón is a former Commissioner of the Puerto Rico Civil Rights Commission.

‍
He has received numerous recognitions, including the Ernst & Young “Entrepreneur of the Year” award in the category of social responsibility; the “Distinguished Faculty” recognition at the 2002 University for a Night seminar at the United Nations; the ‘William Díaz Impact Award”; and the Archibald Hopkins Medal. He is a “Senior Fellow” of the Synergos Institute in New York. In 2014, Dr. Colon was awarded the Martin Luther King Award for his commitment to human rights. He was also a participant of the “White House Convening on Community Foundations” in Washington DC. In 2016 Dr. Colón on behalf of the PRCF received the Patiño Moore Legacy Award, given by Marguerite Casey Foundation in partnership with the Association of Black Foundation Executives (ABFE) and Hispanics in Philanthropy (HIP). In 2018 Dr. Colón was honored as a HIP Giver by Hispanics in Philanthropy. And recently Dr. Colon received the Quixote Award from “Nuestra Escuela”, the leading alternative education school in PR.

‍
Under his leadership, the PRCF became the main philanthropic force on the recovery of grass-root and afro-descendant communities in PR.  Most recently, the PR Community Foundation hosted the visit of the National Resources Committee of the US Congress, chaired by Hon. Raúl Grijalva and co-chaired by Hon. Ron Bishop.