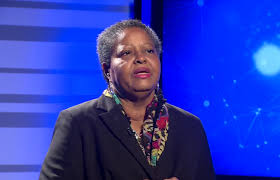 Graduate School of Public Administration of the University of Puerto Rico

Palmira N. Ríos-González is the Academic Researcher and former Director of the Graduate School of Public Administration of the University of Puerto Rico. Dr. Ríos has held leadership positions in public administration studies organizations such as President of the Network of Schools of Public Policy, Affairs and Administration and of the Inter American Network of Public Administration Education. She taught at the Milano School of the New School for Social Research (NYC), the Department of Puerto Rican Studies at Lehman College (CUNY, NYC), and the Department of Sociology of the State University of New York at Binghamton and has been a Visiting Professor of the Universidad Nacional de Colombia. She served as Associate Director of the Center for Immigrant and Population Studies of the College of Staten Island (CUNY, NYC). In 1992 she was awarded a  Fulbright Scholarship to teach public policies at the Instituto Tecnológico de Santo Domingo (Dominican Republic). Dr. Ríos is a highly regarded specialist in the fields of government reform, human rights, and public policies of diversity, equity, and inclusion. She served as Commissioner of Civil Rights of Puerto Rico, becoming the first woman and the first non lawyer to preside this human rights body. In recognition of her contributions to the  international human rights movement she was selected to represent the non- governmental organizations of the Americas in the International Coordinating Committee of the Third World Congress against Racism, Racial Discrimination, Xenophobia and Related Forms of Intolerance of the United Nations (Durban, South Africa). Dr. Ríos served as member of the Executive Council of the Red Interamericana de Organizaciones y Organismos contra la Discriminación (RIOOD, México, 2007-09). Dr. Ríos has played a leading role in the implementation of the Durban Agenda, including the World Bank Agenda for the Decade of Peoples of African Descent. She served in the Jury of the Inter American Award in Public Service Innovation of the Organization of American States (OAS) and is a member of the International Scientific Committee of the Centro de Investigación y Capacitación of the University of Costa Rica. Palmira N. Ríos-González holds a B.A. from the University of Puerto Rico, a  M.A. from Fisk University, and a PhD from Yale University.