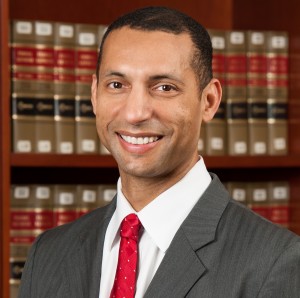 Spencer Overton is the President of the Joint Center for Political and Economic Studies, which was founded in 1970 and is America’s Black think tank. He is also a tenured Professor of Law at George Washington University in Washington, DC.

Spencer is the author of the book Stealing Democracy: The New Politics of Voter Suppression (W.W. Norton) and several academic articles and popular commentaries on voting rights, race, and public policy, including State Power to Regulate Social Media Companies to Prevent Voter Suppression, 53 U.C. Davis Law Review 1793 (2020). In 2020, he testified before the Communications and Technology and the Consumer Protection and Commerce Subcommittees of the U.S. House Committee on Energy and Commerce on disinformation online and submitted answers to Additional Questions for the Record for that hearing, testified before the Elections Subcommittee of the House Administration Committee and submitted answers to Additional Questions for the Record,  and submitted comments to the Federal Communications Commission opposing the Trump Administration's petition to prod the FCC to adopt rules that would discourage online platforms from removing disinformation that suppresses Black votes and other objectionable material.

Spencer’s work as a commissioner on the Carter-Baker Election Commission and the Commission on Presidential Nomination Timing and Scheduling shaped the modern voter ID debate, and resulted in Iowa restoring voting rights to 98,000 returning citizens. He was also a part of a group of commissioners that worked to successfully move more diverse states like South Carolina and Nevada to the beginning of the modern Democratic presidential primary process.

Spencer led the 2008 Obama transition team's Election Assistance Commission agency review group, and during the Obama Administration he served as Principal Deputy Assistant Attorney General in the Office of Legal Policy (the “think tank” of the Department of Justice).

Spencer has also practiced law at the firm Debevoise & Plimpton, clerked for U.S. Court of Appeals Judge Damon J. Keith, and graduated with honors from both Hampton University and Harvard Law School.